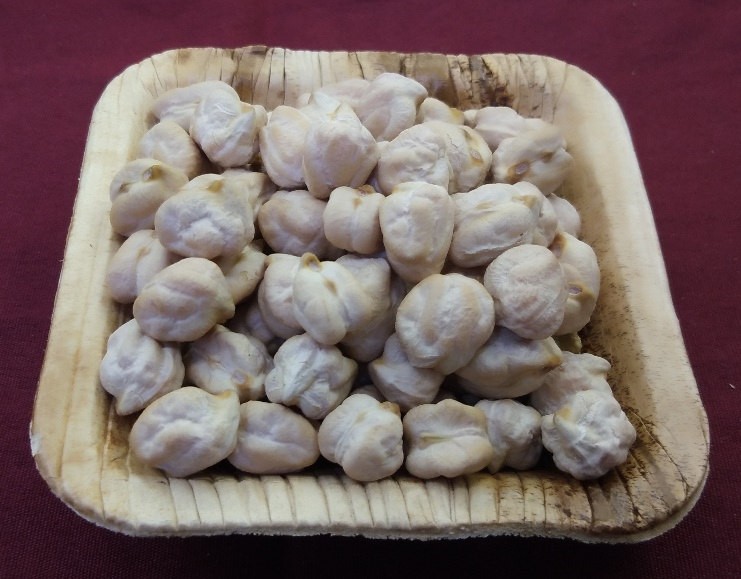 The chickpea (Cicer arietinum) is an annual legume of the family Fabaceae, subfamily Faboideae. Its different types are variously known as gram or Bengal gram, garbanzo or garbanzo bean, Egyptian pea, channa, and chole. Chickpea seeds are high in protein. It is one of the earliest cultivated legumes, and 7500-year-old remains have been found in the Middle East.

Chickpea is a key ingredient in hummus and Chana masala, and it can be ground into flour to make falafel. It is also used in salads, soups and stews, curry and other meal products like channa. The chickpea is important in Indian, Mediterranean and Middle Eastern cuisine. In 2017, India produced/