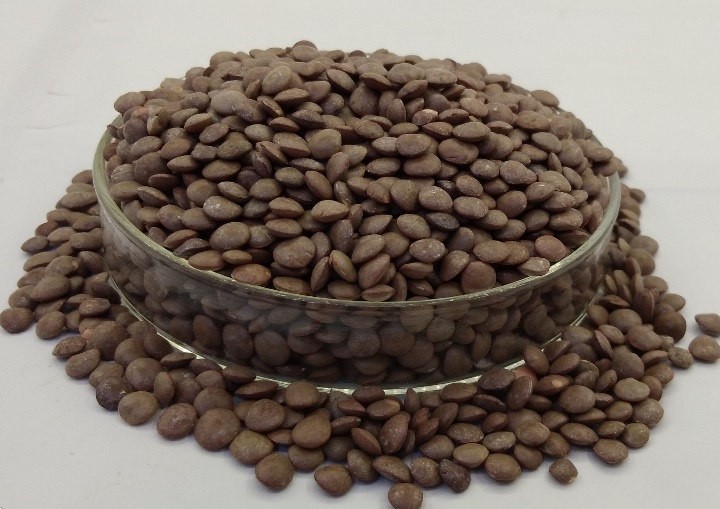 The Red lentil Whole (Lens culinary or Lens esculenta) is an edible legume. It is a bushy annual plant known for its lens-shaped seeds. It is about 40 cm (16 in) tall, and the seeds grow in pods, usually with two seeds in each. As a food crop, the majority of world production comes from Canada, India. In cuisines of the Indian subcontinent, where lentils are a staple, split lentils (often with their hulls removed) known as daal are often cooked into a thick curry/gravy that is usually eaten with rice or rotis. Many different names in different parts of the world are used for the crop lentil; lentil (English), adas (Arabic), mercimek (Turkish), messer (Amharic), dahl or daal (Hindi) and hiramame (Japanese) are the most common names.